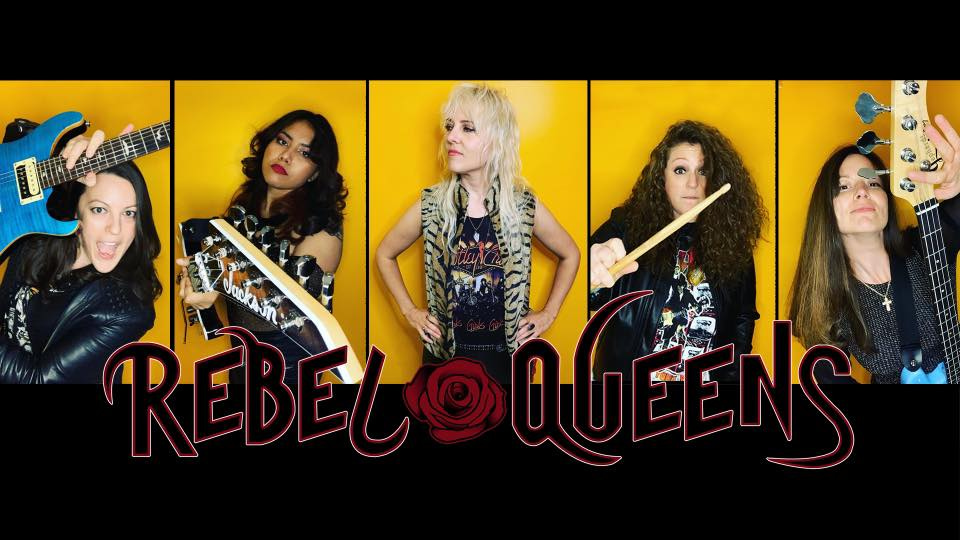 After some arm twisting by fans, Rebel Queens decided to record the songs they “accidentally” wrote and had been performing live. The band launched their first single, 2016’s “Waiting Up for You” from the EP, It’s Reigning Rock N Roll, earning airplay on several radio stations. Their next release, Wild Ride, featured the single, “Hey Yeah” – a bad ass power-anthem and music video that was filmed on the street and childhood home of Tiffany (lead vox). The video is featured in City Pages best local music videos. In March 2021, Rebel Queens dropped the first single off their forthcoming EP, “Ride On Thru.” The song blasts through comments and unsolicited advice often given to women; especially those that live outside of social norms. “I’m just trying to ride on thru, do what feels right, and keep looking forward. Life is short and I don’t have time to be looking around worrying what you’ve got to say about it.”

The event is finished.

We are currently open with reservations for indoor or outdoor seating. Most of our patio seating is in the sun, Please plan accordingly or book a reservation for inside seating.

Complete the form below to reserve your table today!